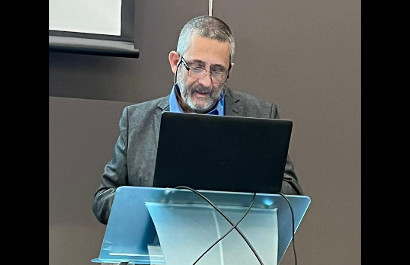 Dr. Itamar Ashkenazi is a general surgeon at the Rambam Health Care Campus in Haifa, Israel.

He graduated from the Hebrew University Medical School in Jerusalem (1989). He completed a residency in General Surgery at the Hillel Yaffe Medical Centre, where he later served as deputy chairman of the department. He also completed a fellowship in Surgical Oncology at the University of Illinois Medical Centre in Chicago, focusing on diagnosing and treating breast cancer.

Beyond daily work with cancer patients, Dr. Ashkenazi was involved in the medical response and preparedness to emergencies and disasters at the hospital and national levels in Israel. His research interests include explosion-related injuries, hospital organization for multiple casualty incidents, surgical oncology, emergency surgery, and academic integrity.

Within the domain of academic integrity, Dr. Ashkenazi brings his extensive experience in various related fields, all of which impact research and publication ethics. These include his experience as a researcher in both basic science and clinical science, as an author/co-author in over 80 publications in international peer-reviewed journals, as a peer-reviewer of over 250 articles, as a member of an institutional research ethics committee for 15 years, as acting chairman of that committee for seven years. Dr. Ashkenazi was personally exposed to cases of academic bullying, and he was involved in discussions concerning plagiarism cases and spurious authorship at the institutional and national levels. He is currently engaged in research on the topic.

Dr. Ashkenazi is also a Senior Lecturer in the Ruth and Bruce Rappaport Faculty of Medicine, Technion-Israel Institute of Technology, Haifa, Israel, and the Associate Editor for Rambam Maimonides Medical Journal; Associate Editor of the European Journal of Trauma and Emergency Surgery; past Academic Editor for PLOS One; and past Chairman of the Disaster and Military Surgery Section, European Society of Trauma and Emergency Surgery.